Wood is arguably the oldest bearing material on the planet - in continuous use since the invention of the wheel. In fact, the first known wheel was several planks of wood, fastened together crosswise, then rounded on the perimeter.

Well into the nineteenth century, wood - usually lubricated with animal fat - remained the standard bearing material for wagons, carts and other wheeled vehicles. Bearings made of lignum vitae bore the rudder shafts of ships in the golden age of sail, and when the steamship rose to power, its propeller shaft spun in lig bearings, too.

Despite Isaac Babbitt's invention of a revolutionary metal bearing alloy in 1839, wood remained popular, and continues to this day to be the most "shaft-friendly" bearing material available. Even the latest engineering plastics fail to protect metal shafts as well as wood. 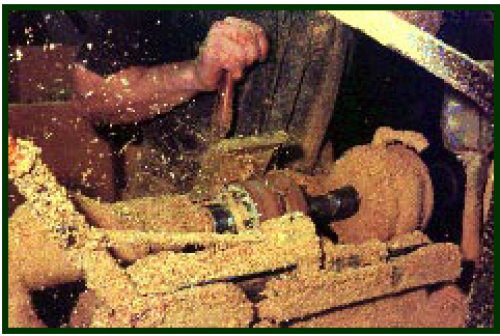 Even long after metal, rolling-element bearings became the de facto standard for industrial machinery, wood has continued to be used as the bearing of choice for a great many machines, including vintage farm machinery, snowblowers and hydroelectric turbines. We've even made bearings for a modern, floating-arm trebuchet built by a team of engineering students at McGill University.

Wood is a rugged material for low-speed, low load applications, and in many cases it's possible for a user in a remote location to fabricate a rough and ready bearing on site that will last many months or even years. Because of it's near-universal availability and ease of shaping, wood is gaining new favor in third world countries where metal bearings can be prohibitively expensive. 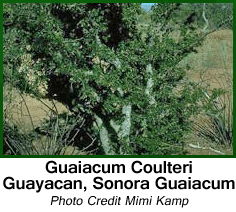 hardwood is now protected and available only in limited quantity. In addition to more mundane applications, Woodex has made jackstaff halyard bearings from this material for U.S. Navy Trident submarines.  For those curious about lignum vitae, Woodex uses a species called, Guaiacum Coulteri. This wood has a beautiful blue flower. 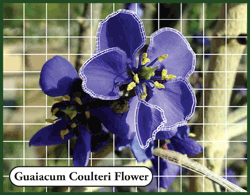 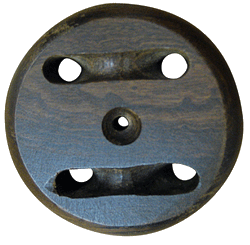